I think people share a lot of positive and success stories of themselves and loved ones who have ventured into farming. I, for a change, would like to share parts of my journey which have been tough (and sometimes, funny).

Just today morning, we had one of the events which Noushy and I would remember for a long time.

Sesaiyya, the only employee we have, was on leave. And we were alone in the farm with Karuppi, our first cow, and her baby boy. At this point, we would like you to keep this in mind, that we absolutely have no prior experience with bovines.

So we fed Karuppi it’s breakfast and the kutti, too. Prior to lunch, Noushy and I decided on tying kutti under a Neem tree’s shade. We started walking towards the tree with it, but he wouldn’t budge. We pulled & pushed, we tried hard to walk him to the tree, but to no avail. We tied him again and got down again to weeding and mulching tomato and brinjal beds. Taking photos and all. 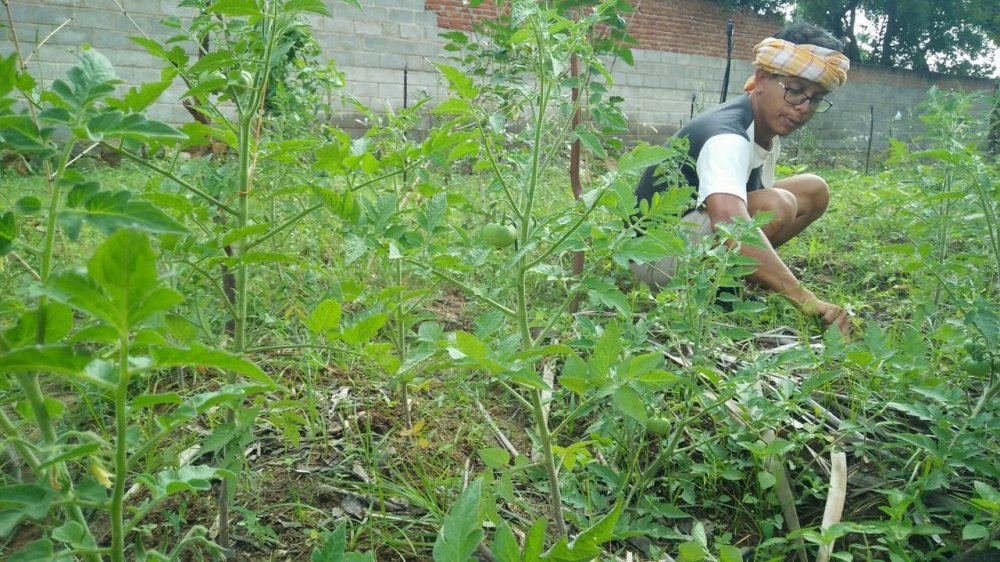 When Noushy went back to the cow shed after half an hour to check on the two of them, she saw Kutti jumping around wildly from one end to the other. Karuppi was probably angry and therefore ramming her horns on the haystack.

Whenever Noushy and I would try to catch kutti, Karuppi would charge towards both of us. We tried to pacify Karuppi but she wouldn’t back down.

Kutti, after drinking milk, decided to take a couple of runs around the farm. This only made Karuppi more frantic and Noushy sad. We couldn’t manage to catch him both times – he was just too fast. And he is barely couple of weeks old. The enthu brat that he is.

I immediately called my neighbour, Mr. Konaar, to help me with the situation, and he came immediately. He just aggressively charged towards Karuppi a couple of times and managed to hold her rope. I meanwhile managed to take hold of Kutti and tie her in the cow shed.

This was a fun experience and definitely not the first one. It won’t be the last one either. As for labels, I wouldn’t call this event a failure. But I would surely file it under ‘faux-pas’. Unfortunately, Noushy couldn’t capture a footage of the event, because she was scared!

This site uses Akismet to reduce spam. Learn how your comment data is processed.